– As part of Sun World Amusement Park Group and over 20 km away from Danang downtown, Sun World ba Na Hills is the most significant resort and recreational complex of Vietnam. At the height of 1,487 m from the sea level, Sun World Ba Na Hills is coined the “heaven on earth” owing to its spectacular climate and otherworldly natural landscape. Just travel to Sun World Ba Na Hills and revel yourselves in the typical rotation of four seasons in a single day and numerous festivities, recreations and relaxation and cuisine.

To cater to transport demands of millions of visitors to Ba Na, Sun World Ba Na Hills are equipped with 5 cable car routes, many of which smashed world records and won international awards with the accumulated capacity of nearly 7,000 passengers/hour and manufactured by Doppermayer.

– The French Village, which reenacts an old fashioned and tranquil France lined with recognizable classical landmarks such as the square, church, town, old village and inns.

– The Golden Bridge, which was officially inaugurated in June 2018 in Ba Na, was also voted by TIME magazine as one of the “Top 10 best destinations of the world 2018” and admired by The Guardian as “The world’s most impressive pedestrians’ bridge”

– Fantasy Park is the largest indoor game zone of Vietnam that includes countless games, recreations and sports for families. The Jurassic Park is a must-visit for children fans of the namesake blockbuster “Jurassic Park”. Besides, this complex also puts on offer the first wax museum of Vietnam, in which lifelike figurines are modeled after prominent figures worldwide.

• VND750,000/adult
• VND600,000/child (1m – 1.4m in height)
• NOTE :
– Children who stand over 1.4m are subject to grown-up fare. Children below 1m in height are exempt from ticket fare.
– Fares include entry ticket of the complex
– Fares include 10% of VAT
– Fares include most games in our Fantasy Park: 105 games and the Legendary Knight (tube slide); Hiking train to Debay Wine Cellar and entry to Le Jardin D’Amour gardens, Golden Bridge.
– Fares exclude entry to the Wax Museum: VND100,000/grown-up, Teddy bear grips and Fantasy Park indoor sports. 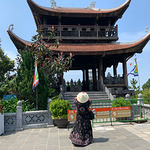 Highly Recommended
We used Hoi An Private Tour Guides for numerous activities including airport transfers, driver to Ba Na Hills, Street Foodie Tour and Afternoon/Evening Private Tour to Marble Mountain, Son Tra Peninsula and Dragon Bridge in Danang. Very easy to deal with, very professional – prompt, very good drivers and cars/minivan and Hai our tour guide was great, very knowledgeable and friendly. The Street Foodie Tour was a fantastic introduction to Vietnam’s Street Food. Food was delicious and plentiful, we had a very enjoyable night. You will be very very full by the end! This tour is a “must do” if visiting Hoi An. Our other tour was such a great experience. Marble Mountain is beautiful and Hai impressed us with his level of knowledge. We got to drive along My Khe beach on our way to Son Tra Peninsula to see Lady Buddha. We also loved there were lots of monkeys playing around this area. The night finished on a high under the Dragon Bridge. The actual fire breathing and water spitting itself is a little underwhelming but the atmosphere there was fantastic. There was a band and DJ playing under the bridge. The bridge itself is beautiful all lit up , the whole area is pretty with all the lights along the river and on the boats. Definitely worth a visit to Danang on a Saturday night, such a great vibe to the area. Thank you Hai and all… more 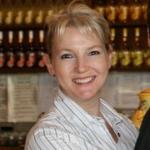 Learn as well as sightsee
We organised two tours, a driver and an airport transfer through Hoang Ha and were very impressed. All pick ups were on time and the guides/drivers very friendly. Our driver to Ba Na Hills, My, kept us entertained along the way and Hai took us for a great street food tour. We particularly enjoyed sampling the many dishes whilst walking the streets of Hoi An and Hai gave us a wealth of information in between stops. A word of warning, don’t eat lunch beforehand as pickup is at about 3pm and there is so much food on offer, Hai took us to sample approx 13 dishes. Hai and My also took us for a sunrise tour of My Son sanctuary and then on to Marble Mountain before lunch back in Hoi An, with Hai again impressing us with his knowledge. You may be able to find some of these places by yourselves but having a guide certainly enriches the experience and their local knowledge ensures you get the best out of your tour… highly recommended more