* Duration: Approx 8hours depends on your time limitation.We always ensure that you will be back to the port on time for your Cruise-boarding.

* If the weather conditions are good and time is feasible, travellers come from Chan May port will be able to drive pass stunning Lang Co beach and Lap An Lagoon,as well as the majestic Hai Van Pass- “A DESERTED RIBBON OF PERFECTION- ONE OF THE BEST COAST ROADS IN THE WORLD” -JEREMY CLARKSON- BBC’S TOP GEAR PRESENTER.

– Da Nang is a coastal city with a 60-km long shoreline. With smooth and sandy beaches running across the coast,Da Nang beach is voted by Forbes (U.S.) to be 1 of 6 most beautiful beaches in the world.Not only blessed by countless beautiful sceneries, Da Nang is said to be ‘worth-living’ due to its refreshing and peaceful environment. Used to lead the country in terms of economic advancement, Da Nang at the same time keeps its safety and security level under control, resolves states of homelessness and vagabonds, does away with drugs and reduces traffic jams to minimal degree.

– Enjoy a beautiful coastline ride toward Son Tra peninsula– A meeting place of heaven and earth’s sacred air and people’s heart. Just 9 km away from the city center, Linh Ung pagoda is now considered as the largest pagoda in Da Nang City in both scale and art of architecture.

The pagoda brings a contemporary style combined with inherent tradition of pagodas in Vietnam, with curved roof in dragon shape, the solid pillars surrounded by sophisticated sinuous dragons. By walking to the statue, you may get stunned by the 67m high spectacular statue.

Enjoy the view of the ocean, and the coastal stripe of Danang are the wonderful things that you can do here.

– Next stop : Han market,one of the oldest market in this “worth-living” city. Han Market opened during the French occupancy of Da Nang in the early 1940s and was named after the river Han that it ran parallel to; it was regarded by locals as the ‘rich market’, as most of its wares were either shipped or bought in by a French-constructed train system called the Tourane Marche, making it the place for wealthy classes to source more expensive imported goods. In 1989 the market was subjected to a massive renovation that added an extra storey, making it the biggest market in Da Nang and also apparently the cheapest

– Leaving busy market,we are driving our way to the magical Marble moutain,a cluster of five hills made from limestone and marble in Da Nang. It’s also a well-known pilgrimage site with peaks, caves, tunnels and temples all just waiting to be discovered. Named after the elements metal, wood, water, fire and earth.

Marble Mountains exist in a coastal area that is renowned for stone-cutting and sculpture about 9km south of Da Nang. The caves within the mountains hold many secrets including bullet holes from when troops used to spy on the US soldiers relaxing on My Khe Beach below and buildings standing within the caves and grottoes.

There are also Buddhist sanctuaries and places of worship dotted across the mountains which are a much-visited spiritual site. You can even see a special circular cave here. It leads to the summit, where you can enjoy spectacular panoramic views.

– After memorable time together,we return to your port in Chan May (Hue) or Tien Sa (Da Nang) and have plenty of time to get ready for boarding.

Awesome
I used the private transfer service from Da Nang to Hoi An which was fast, comfortable and good value. I also booked a food tour in Hoi An which honestly was the best tour I’ve done in 3 months of travel. Hai was genuine and friendly. He was very knowledgeable and passiohnate about his home town and the food. This is the first food tour I’ve done where the guide has eaten the food as well. If the guide is willing to eat and actually enjoys the food he is showing you I think that’s a good sign. The focus wasn’t just on the food either. Hai also provided information about the history of the places we visited which sets this food tour apart from others. I highly recommend Hai and the services provided by this company. more 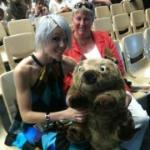 Fantastic Guide ,Great English skills ,very helpful
Ha truly is a great guide has very good English skills .We love that he does private tours as we dont like being in big group tours and Ha is very happy to accomodate any changes you might want to make to your tour. He offers a large range of different tours Sunrise fishing village tour is wonderful on a wooden boat waiting for the sun to rise then visiting a local fishing village .He does all the usual tours like Marble mountain ,My Son .He also offers a foodie tour which is great as he takes you to little resturants that you wouldn’t find on your own with yummy food .
I really wanted to see lanterns being made so he took me to the original lantern making place in Hoi An ,it is a family organisation and the old man that started it is still there .Laterns from here are pure silk and hand painted much cheaper to buy direct than in the old town and you get to watch them being made . more